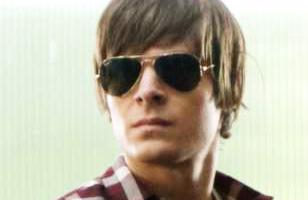 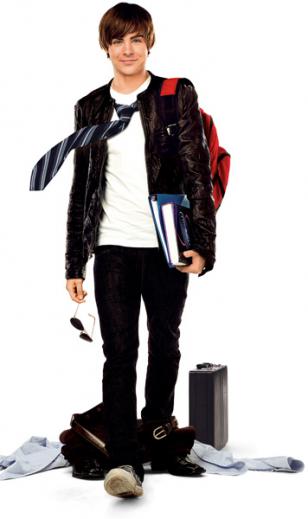 Actor Zac Efron wears Ray-Ban 3025 (also known as the Ray-Ban Aviator) sunglasses in the 2009 comedy 17 Again. The sunglasses can be seen on the movie poster as well as some movie stills. The exact color of the Ray-Ban sunglasses that Zac Efron is wearing is Gold (arista) frame and Gray Polarized lenses, color-code 001/58. The lenses look like they are Polarized: see the picture on the left, where the extra P (for "Polarized") next to the text "Ray-Ban" on the glasses is visible.