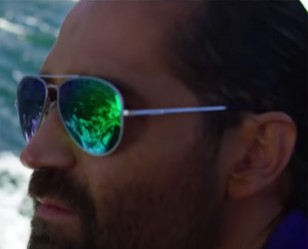 The glasses have a matte chrome metal frame and blue mirror lenses and skull temples.

We have identified many more sunglasses from the same film, see them here.