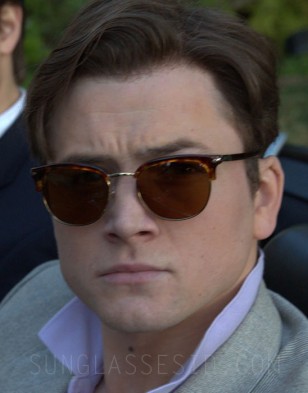 The Persol Cellor PO3105 glasses have a "clubmaster" shape, with a tortoise and gold frame, and brown lenses.

These glasses with the same color combination are available at Smartbuyglasses, or find the model Amazon or FramesDirect or eBay.