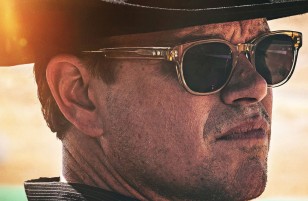 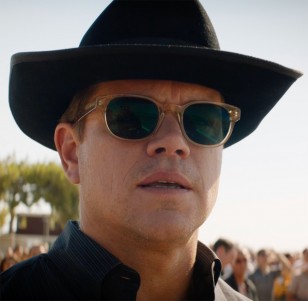 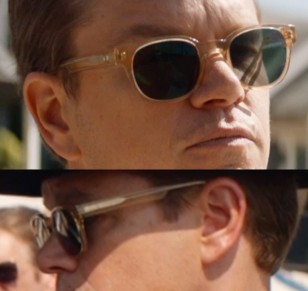 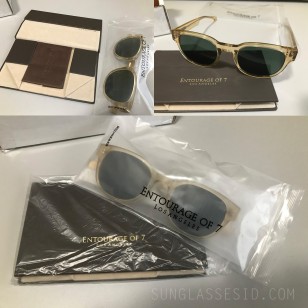 This is a pair of Entourage of 7 Beacon sunglasses in original packaging.
photo ©
SunglassesID.com

The sunglasses worn by actor Matt Damon in Ford v. Ferrari are Entourage of 7 Beacon sunglasses.

The frame worn by Matt Damon has a Yellow Chrystal color frame, and is handcrafted in Japan from Japanese zyl and sports classic Japanese hinges with two square rivets on the front of the frame. It has a 'dice' logo on the side of the arm, which can be clearly seen in one of the promo photos of the film.

The official website of Entourage of 7 is eof7.com but the glasses are not available there. You can order them online at UNCRATE ($319) or eBay.

In the film, Matt Damon plays Carroll Shelby, an American automotive designer and engineer who's creating the Ford GT40 that has to beat the Ferrari's at Le Mans in the 1960s.

The movie is also knowns as Le Mans '66 in the UK and other countries.

Buy at Uncrate
Find on eBay