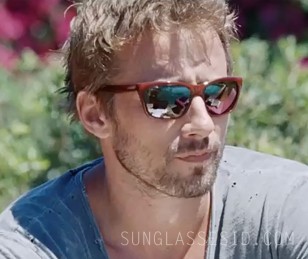 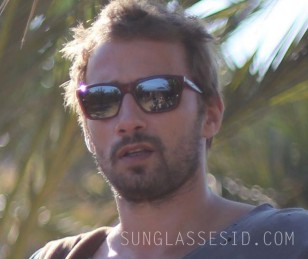 These are the same model sunglasses as worn by Alain Delon in the original movie La Piscine (A Bigger Splash is a remake of La Piscine).

The Vuarnet 06 sunglasses are also worn by Daniel Craig as James Bond in No Time To Die (read more on the Bond Lifestyle website.

Find on Vuarnet
Buy at Uncrate