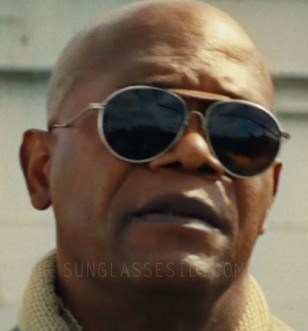 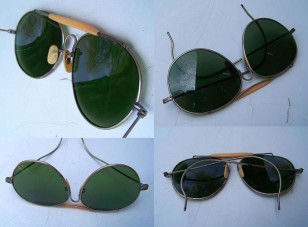 The sunglasses are most likely American Optical AN6531 (thanks to Peter for the alert), with the round nose bar, sweat bar. The glasses have thin metal arms, probably the ones that wrap around the ears, although those details can't be seen in the trailer for the film.

A modern equivelent for these glasses is the Ray-Ban Outdoorsman, which is also available with cable temples (the wrap around arms as pictured above).