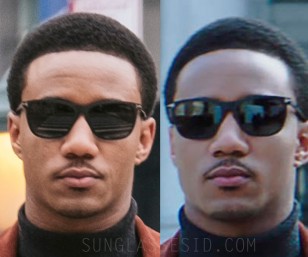 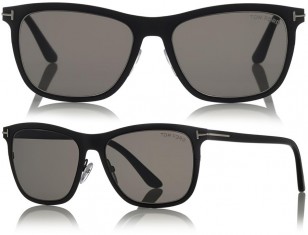 The details of the glasses can not seen very clearly but the T-logo on the hinges and the frame shape look like the Tom Ford FT0526 Alasdhair model, so we're failry certain this is the right model.

The Alasdhair suggested retail price is $460 but is much cheaper online in the USA at Amazon.com.