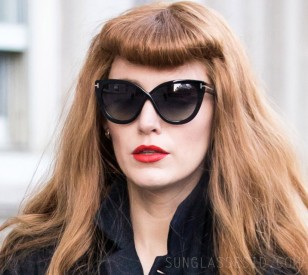 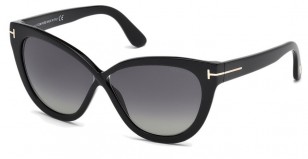 The oversized cat-eye sunglasses have a black frame and the typical metal "T" Tom Ford logo on the hinges.

The Rhythm Section is a British-American spy movie directed by Reed Morano and written by Mark Burnell, based on Burnell's novel of the same name.

The story follows Stephanie Patrick (played by Blake Lively), a woman who seeks to uncover the truth behind a plane crash that killed her family three years earlier.

The Rhythm Section is produced by EON Productions, the company also responsible for the James Bond film series.

Buy on Amazon USA
Buy on SmartBuyGlasses
Find on eBay