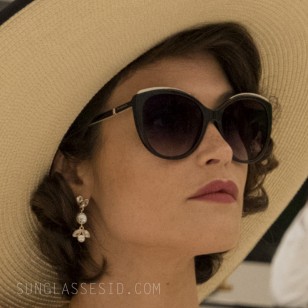 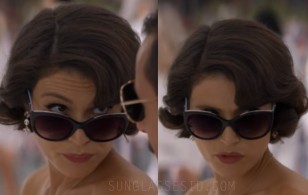 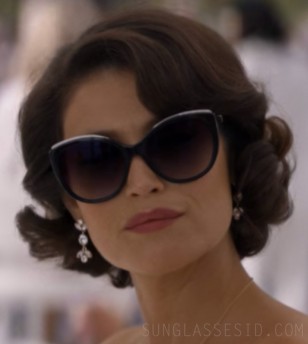 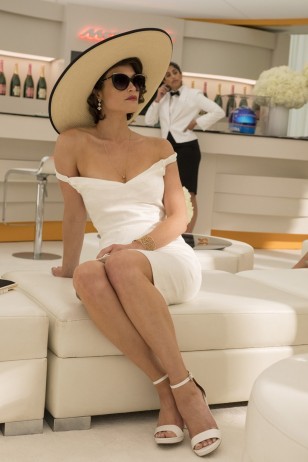 The large cat-eye shape glasses have a black frame, with lighter color inside the temples and silver, crystal studded brow lines.

In the film, Gemma Arterton plays Grace Ballard, an actress and one of the main characters of the plot.

Gemma Arterton became known for her role as Bond Girl Strawberry Fields in the James Bond film Quantum of Solace but has played in many films since, and will appear in the 2020 film Kingsman: The Great Game.