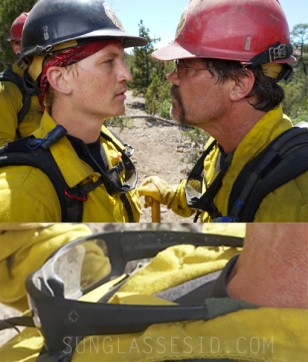 Josh Brolin wears Spy General sunglasses in the 2017 movie Only The Brave.

The sunglasses have a black frame and a silver + (the Spy logo) on the temples.

Josh Brolin plays Eric "Supe" Marsh in Only The Brave (Granite Mountain), a film based on the elite crew of firefighters who battled the Yarnell Hill Fire, a wildfire in Yarnell, Arizona in June 2013 that claimed the lives of 19 members of their team.

Buy on Amazon
Buy on SmartBuyGlasses
Buy on FramesDirect