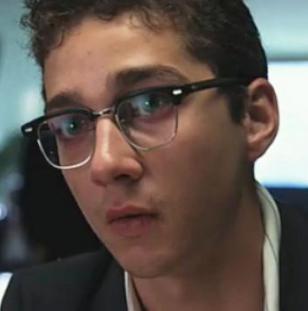 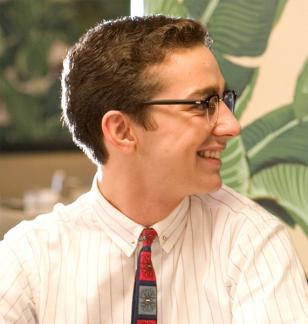 Actor Shia LaBeouf wears Shuron Ronsir Zyl browline glasses in the 2006 movie Bobby, about the hours leading up to the June 5, 1968 shooting of Robert F. Kennedy.

Shia LaBeouf plays Cooper, a campaign volunteer who is sidetracked by an acid trip.

The exact color of the Shuron glasses that Shia LaBeouf is wearing is Ebony, and the temples are the Slipper style. The Ronsirs come in lots of different colors and temple styles. It is said that you can make more than 2000 different size/color/temple combinations of these glasses!

Browline glasses became standard equipment for costume designers that want to create that retro "G-Man" / 50's / NASA look in a movie. The glasses can be seen in almost every movie that is set in America in the 1950s and 1960s, for example JFK, and The Good Shepherd. More recently the frames can be spotted in Armored. Other celebrities that can be seen with these types of glasses include Malcolm X, Michael Douglas in Falling Down and Mr. Orange in Reservoir Dogs (altough these last ones were Ray-Ban Clubmaster sunglasses).