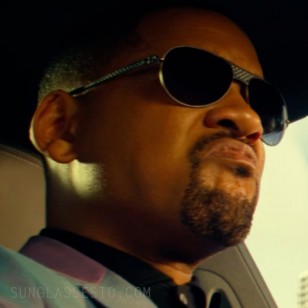 The sunglasses worn by Will Smith have a silver with carbon fiber frame in the film.

The Sama Monterey II sunglasses are available at Sama for $549 or find them on eBay.

In the same film he also wears a pair of Sama No Hunger sunglasses.

Buy at Sama
Find on eBay