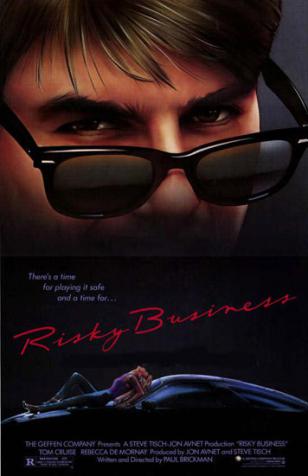 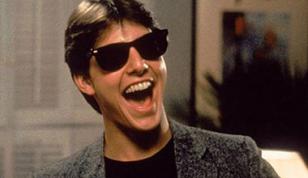 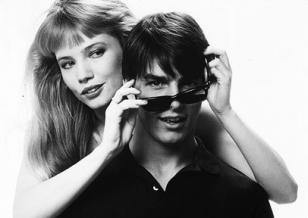 Tom Cruise was partly responsible for the Ray-Ban revival in the 80s, because he sported a pair of black Wayfarer sunglasses in the 1983 movie Risky Business. The popular sunglasses can be seen in the movie as well as on the movie poster.

The modern Ray-Ban Wayfarer has the Ray-Ban logo on the sides and written on the lens, but the ones worn by Tom Cruise do not have the text "Ray-Ban" on the side of the temples or or on the lens, and instead have a similar chrome 'diamond' on the front as well as on the sides. See image on the left for a 'photoshopped' picture of vintage Wayfarers with that old design.