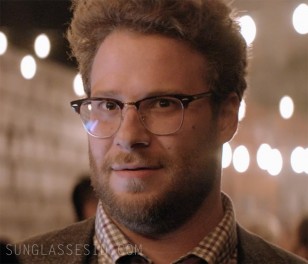 These frames are also available as sunglasses, the Clubmaster model number RB3016 (as seen in for example the movie Reservoir Dogs). A similar model is also the Shuron Ronsir, which has appeared in many films.