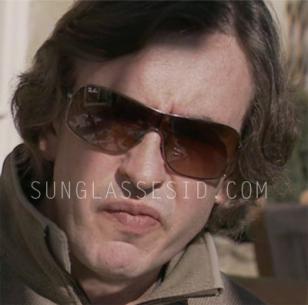 In the 2011 film The Trip, Steve Coogan wears a pair of Ray-Ban 3341 sunglasses. The film is based on the BBC television series, and stars Steve Coogan and Rob Brydon as fictionalised versions of themselves undertaking a restaurant tour of northern England.

The exact Ray-Ban model seen in the film (and the series) is Ray-Ban RB 3341 with brown gradient lenses and gun metal frame.

These Ray-Ban glasses are also available with blue lenses or gold frame.