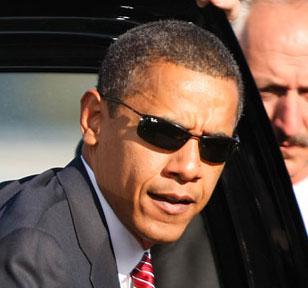 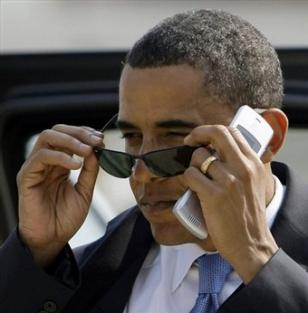 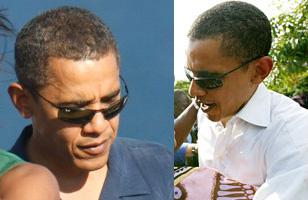 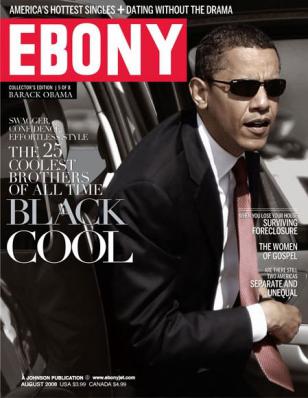 According to Luxottica, the manufacturer of Ray-Ban, president Barack Obama has been wearing Ray-Ban RB 3217 sunglasses. The exact color of the Ray-Ban sunglasses that Barack Obama is wearing is matte black frame and gray green lenses, color-code 006/71.

Obama has been spotted with these Ray-Bans on many official occasions and the sunglasses were clearly visible on the cover of the 2008 August edition of Ebony Magazine.