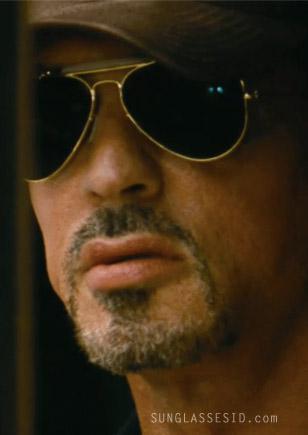 In the action film The Expendables, actor and director Sylvester Stallone wears Ray-Ban Outdoorsman sunglasses. It's not 100% sure that the pair is a 3029 or 3030 version, but the extra piece above the nose that's so typical of the Outdoorsman can clearly be spotted in the screenshot on the left.

Stallone had a similar pair of Outdoorsman sunglasses in the 1980s movie Cobra and could also be seen with Outdoorsman's off the set.

In the movie Stallone also wears a Panerai Luminor wristwatch.

Buy on Amazon.com
Buy on FramesDirect.com
Find on eBay