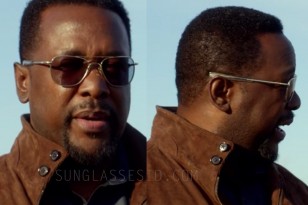 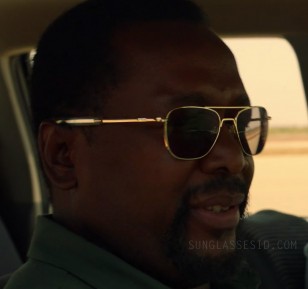 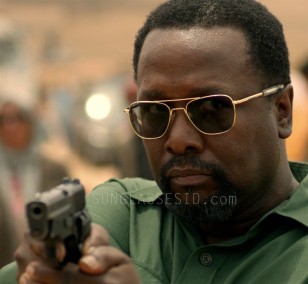 These sunglasses can be recognized by their bayonet temples, that are designed to fit comfortably under headgear.

The glasses can be clearly seen in Episode 2 (French Connection) of the first season of Jack Ryan. The glasses seem to have a chrome frame in that episode.

In Episode 6 the glasses seem to have a gold frame. Strangely enough, the sunglasses in Episode 6 switch half way to another similar looking pair of glasses which are not the RE Aviators althougb the rest of the outfit is the same. Later they are the RE Aviators again.

In the new Jack Ryan series, Wendell Pierce plays James Greer, Jack Ryan's boss and former case officer for the CIA. John Krasinski, who plays Jack Ryan, has a pair of black Ray-Ban sunglasses in the first episodes of the series.

Buy on Amazon
Buy at FramesDirect
Find at eBay