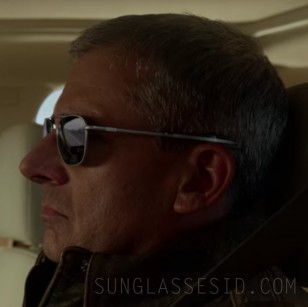 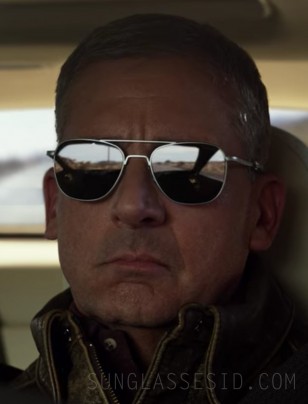 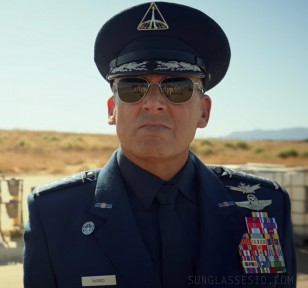 The sunglasses can be seen beautifully in the first episode of season one when Steve Carell, as the main character of the series, drives his car to the Space Force base during the opening credits. He wears the sunglasses a few more times later in that same episode when he is in the helicopter and outside of the building.

The sunglasses seen on Steve Carell / Mark Naird are the Randolph Engineering Aviator sunglasses with a matte chrome frame. It's not confirmed which exact lenses the glasses have but in the series intro they have a mirror effect, which could mean they are Granite lenses. But in other scenes they look more like normal lenses which would mean they are American Gray lenses.

Randolph Aviator sunglasses are often equipped with the bayonet arms, as also clearly seen on Steve Carell in the screenshot.

Complete the look
In the poster for the Space Force series, Steve Carell wears a classic astronaut watch, the Omega Speedmaster Moonwatch, worn by the real astronauts and in films and tv series.