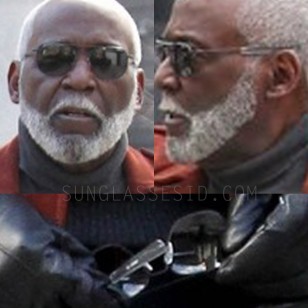 The glasses worn by Richard Rountree are the 55mm version, with matte black frame and aviator gray lenses. The sunglasses have bayonet temples, a signature element of Randolph Engineering Aviator model that is worn in many films.

Buy on Amazon
Find on eBay
Buy at FramesDirect