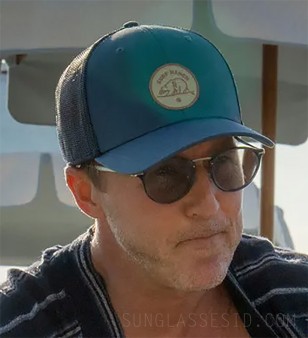 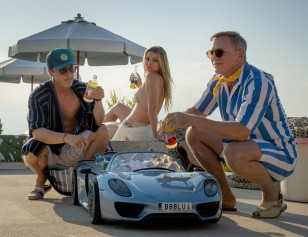 We currently only have one photo from the film of the glasses (see image on the left), but it looks like Edward Norton wears the Blue version of the 3166 sunglasses, reference 1144B1-51-22.

Find these Persol 3166 sunglasses on Amazon.

The same model glasses, but in the color Light Havana, is worn by David Tennant in the series Good Omens.