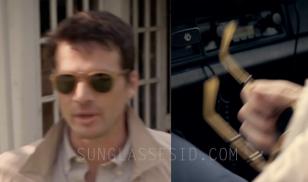 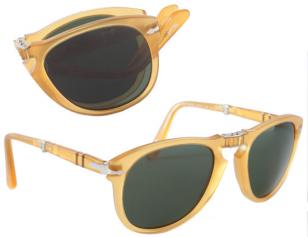 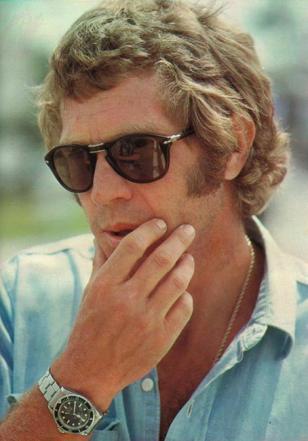 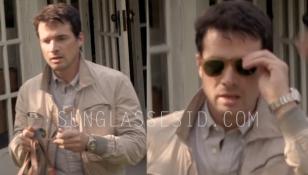 In the movie Love Sick Love, Matthew Settle wears a pair of Persol 0714 folding sunglasses. Settle wears the 'sand' color version, color code 204. it's hard to see which color lenses are in the frame, it's probably the Smoke lens, code 31).

The shape of the frame is the same as the Persol 0649 model but the 0714 can be folded (see image). The glasses are available with a Black frame, Havana (Tortoise), Light Hanava or Honey Havana, and come in two sizes.

Perhaps most recognized and given iconic status from Steve McQueen who was seen wearing these classic shades both off screen and on screen in movies such as The Thomas Crown Affair and the The Getaway.

Get the glasses online on Amazon.com, Amazon.co.uk, eBay (a good source for the Steve McQueen version with blue lenses), SmartBuyGlasses or FramesDirect.

Buy on Amazon.com
Buy on FramesDirect.com
Find on eBay
Buy on SmartBuyGlasses