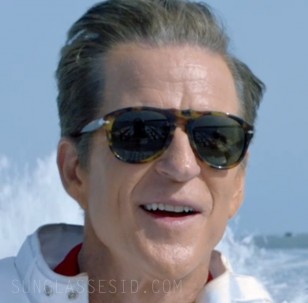 Matthew Modine wears a pair of Persol 0649 sunglasses in the film Speed Kills (2018).

Actor Matthew Modine plays vice-president George Bush in the film that takes place in the 1980s, when Bush was vice-president to Ronald Reagan from 1981 - 1989, after which he became president of the United States himself.

The 649 sunglasses are a classic Persol frame and available online at Amazon (note that there are many different sizes and colors available, so make sure to get the right size for you) or look on eBay.

In the same film, John Travolta sports a pair of Ray-Ban sunglasses.