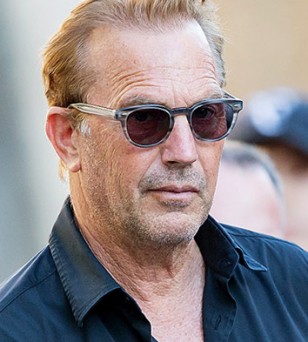 Kevin Costner wears the glasses when signing autographs for fans outside of Jimmy Kimmel Live! on Tuesday 27 January 2015 in Hollywood.

The glasses have a transparent/grey tortoise frame and photochromic lenses.

The Sheldrake model is inspired by Andy Warhol, the intellectual and trendsetting epitome of fashion and function.