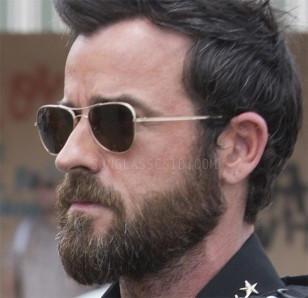 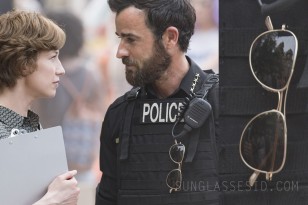 The glasses can be spotted in The Leftovers Season 3 premiere episode. It looks like Theroux's character Kevin Garvey wears the brushed gold version, although it could be a (more shiny) gold version.

Oliver Peoples The Row Executive Suite double-bridge aviator sunglasses are made from Titanium with vibrant, glass lenses and detailed with a linear engraving along the eye-wire, end-piece and temple.