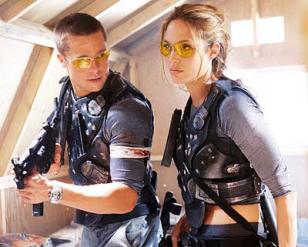 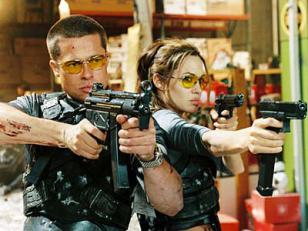 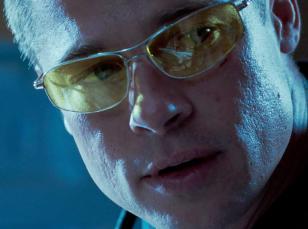 In Mr. and Mrs. Smith, Brad Pitt wears two different models of Oliver Peoples sunglasses in the movie: the Nitro (see picture on the left) and the Victory.

The Nitro sunglasses as seen in the film had special yellow glasses, that were available at the time of the movie. The Nitro model is now discontinued, and now can only be found sometimes on eBay.