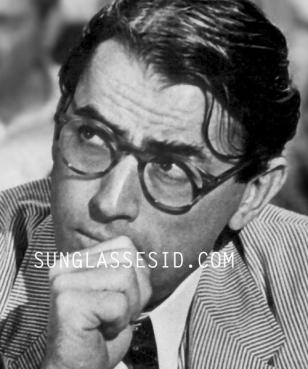 Gregory Peck as Atticus Finch in the 1962 movie To Kill a Mockingbird.
photo ©
Universal Pictures 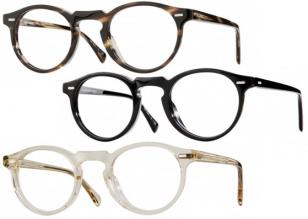 In May 2011, Oliver Peoples has released a vintage acetate style frame inspired by the signature optical frame worn by Gregory Peck as Atticus Finch in the 1962 movie To Kill a Mockingbird, for which Peck won an Oscar.

The release celebrates the 50th anniversary of the publication of the novel To Kill a Mockingbird by Harper Lee, on which the movie was based.

Featuring a classic P3 lens shape, the retro-inspired design includes an exaggerated keyhole bridge and genuine horizontal plaques on the frame front and temples. The discreet but recognizable Oliver Peoples logo is laminated at the temple end.

The Oliver Peoples Gregory Peck are available as sunglasses and optical frame, both in 4 different frame colors, in selected Oliver Peoples stores worldwide.