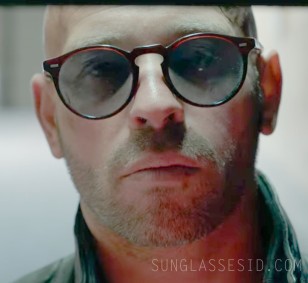 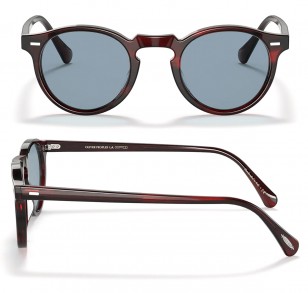 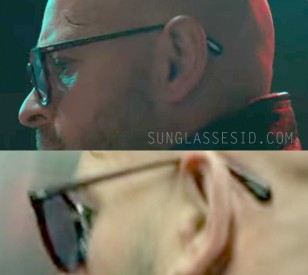 The sunglasses can be spotted in the last scene of the film.

The Oliver Peoples Gregory Peck glasses worn by Franck Gastambide seem to have the Bordeaux Bark frame and Cobalto lenses (ref 0OV5217S - 167556). Note that the screenshots from the film on the left have been brightened to show the details of the frame.

Buy the Oliver Peoples on Amazon.com, or find them on eBay or Farfetch. The same model is also available with folding arms.

Buy on Amazon
Buy at Farfetch
Find on eBay