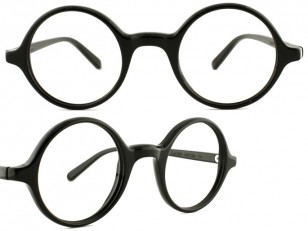 The glasses worn in the film have a black glossy frame. The Rounds eyeglasses model is a classic, turn of last century, round shape made from zyl acetate, extremely lightweight with thin, streamlined temples.