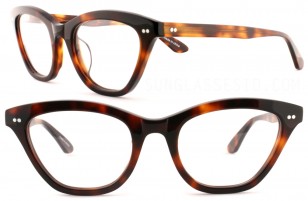 The eyeglasses worn in the film have a tortoiseshell frame.

Old Focals Leading Lady eyeglasses are browlined, cateye frames with two circular silver rivets on each side and front.