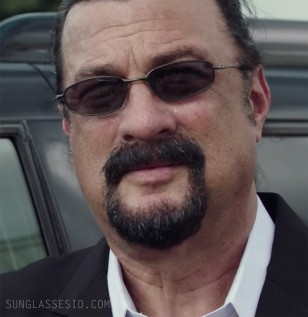 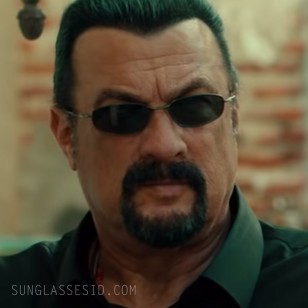 These wireframe glasses from Oakley have a black frame. in previous films the frame was fitted with (custom) dark bronze lenses, but in General Commander, the frame has dark grey lenses.

The Whisker is not available anymore on Oakley.com but you can find the frame on eBay. Find special lenses for the Whisker on Amazon.com.

In the same film, Seagal also wears another pair of sunglasses, similar to the Oakley's, but definitely a different frame and brand (not yet identified).

General Commander is a 2019 action/crime film produced by Philippe Martinez and directed by Martinez and Ross W. Clarkson. Set primarily in the Philippines, the film stars Steven Seagal as Jake Alexander and was released direct-to-DVD on May 28, 2019.