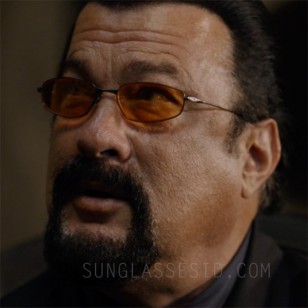 In the same film, Seagal also wears another pair of sunglasses, similar to the Oakley's, but definitely a different frame and brand, see them here.