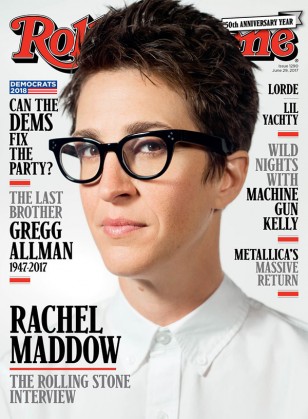 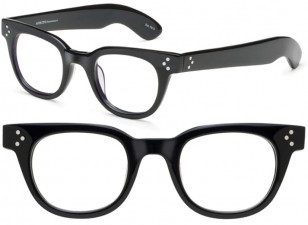 The Wayfarer style glasses can be recognised by their the three rivets (the three dots) on the front and each side of the thick acetate frame, and the "paddle" style temples.

Rachel Maddow is known for The Rachel Maddow Show, which airs on MSNBC, and for her book Drift: The Unmooring of American Military Power.

Maddow is reportedly a fan of the Moscot brand and also has been spotted regularly with Moscot Nebb eyeglasses.

Buy at Moscot
Find on eBay