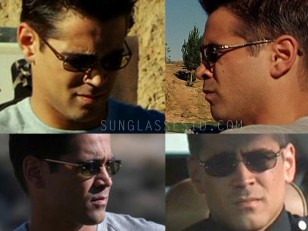 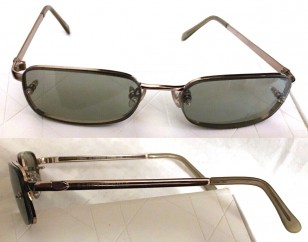 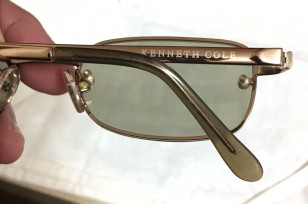 The pair that was used in the film was offered for sale on eBay for serious collectors.

The sunglasses have a titanium frame. According to the eBay post the glasses were made especially for Colin Farrell, who gave them to be auctioned for charity.

In the same film he also wears a pair of Oakley frames, just like many of the other characters.