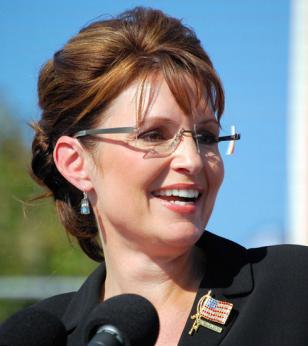 Sarah Palin with her Kazuo Kawasaki by Italee 704 eyeglasses at a rally in Elon, NC during the 2008 Presidential Campaign
photo ©
Therealbs2002 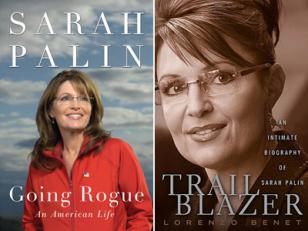 Sarah Palin wearing the glasses on the covers of the books Going Rogue: An American Life, and Trailblazer: An Intimate Biography

Sarah Palin, the Republican nominee for Vice President of the United States in 2008 as the running mate for John McCain, was wearing Kazuo Kawasaki 704 eyeglasses during the presidential campaign.

The glasses are part of a reported $150.000 wardrobe that the former Alaskan Governor put together in a few days. She was assisted by Lisa A. Kline, an independent stylist who was asked to prepare the candidate for an important meeting of the Republican Party. The enormous amount that was spent on clothes for Palin and her whole family sparked a minor row in the United States.

The eyeglasses are still available, for example here and cost around $330.