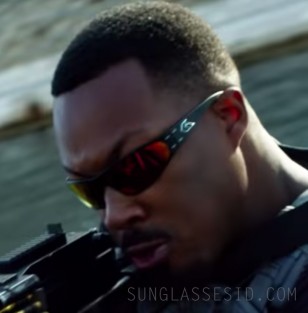 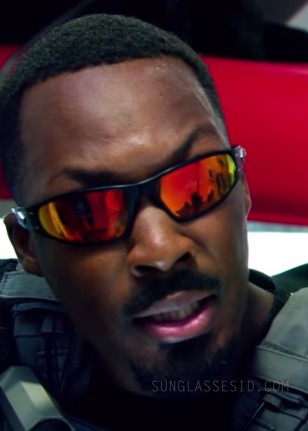 The black wrap sunglasses have large chrome Gatorz logo and four rivets on each side of the temples.

The frames are hand-made in the USA, from 7075 Military Grade Aluminum.

The glasses can be found for the best price on the Gatorz official website in all variations including the movie ones (black with sunburst lenses).

We have identified many more sunglasses from the same film, see them here.