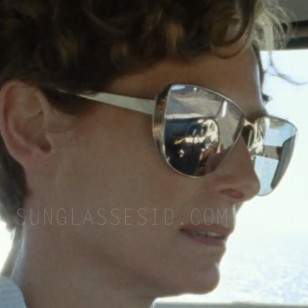 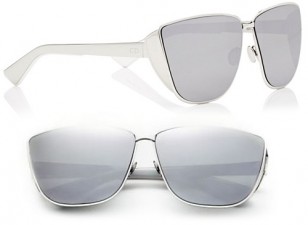 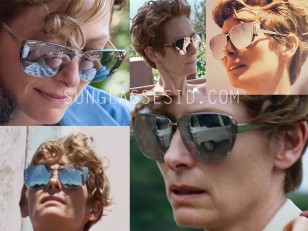 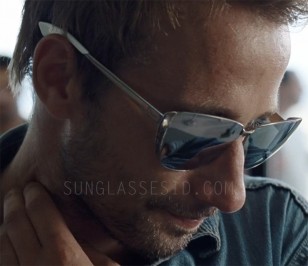 Actress Tilda Swinton wears a pair of Dior Futurist sunglasses in A Bigger Splash (2016). The sunglasses can be spotted on the film poster as well.

Tilda Swinton, who plays Marianne Lane, wears the Futurist model with palladium frame and mirror lenses. This is still available on eBay.

The sunglasses in the film are slightly different then the model currently available in stores. The arms of the current sunglasses are engraved with the "CD" (Christian Dior) logo and have matte white acecate underlay for a comfortable fit. Interestingly, the sunglasses in the film have the word Dior engraved in the arms, instead of CD. Another difference are the white ends of the arms, that are visible in the picture of Matthias Schoenaerts wearing the glasses (see bottom left image). In the currently available Futurist models, the white part is only on the inside of the arms, not on the outside.

Lane's pair of sunglasses is also briefly worn by her boyfriend in the film Paul De Smedt (played by Matthias Schoenaerts) in the airport scene.

Swinton's character also wears another pair of black Dior So Real glasses, during the scene of a recording session in the studio.