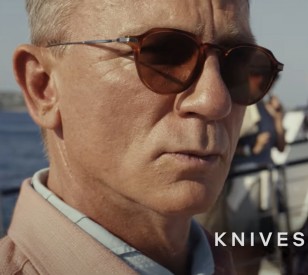 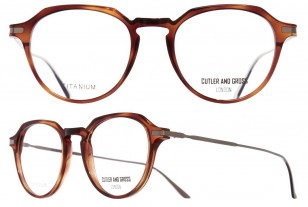 Daniel Craig, as detective Benoit Blanc, also wore similar glasses, the 1303-05, as a prescription glasses model in the movie Knives Out in 2019.

The 1302 glasses in the new film have a light brown tortoise ('honey turtle') and titanium frame and bespoke dark lenses.

The eyeglasses model is available at Cutler & Gross for $595.