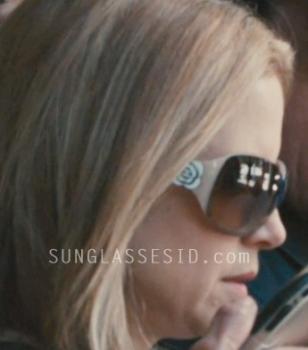 Preston plays the wife of Jack Abramoff (played by Kevin Spacey). The sunglasses as seen in the film have a beige frame, gradient lenses and feature the white Chanel camellia flower logo on the hinges. The same model is also available in black, but hard to find online. You can try eBay for a small selection of Chanel 6032 sunglasses.

Madonna has been spotted wearing the same model (but in the black version).