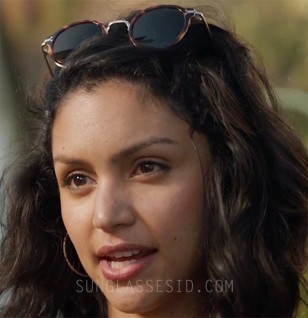 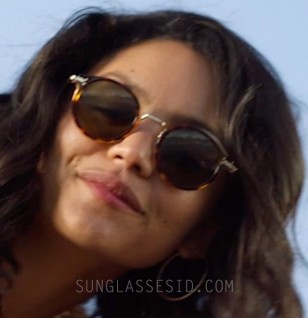 The round cat-eye frame is made from acetate in dark havana/tortoise color, and has metal gold-colored arms and two rivets (dots) on each side of the front of the frame.

The glasses are available at Amazon, eBay or SmartBuyGlasses in many different color combinations.

In SPF-18, Bianca Santos plays Camilla Barnes, best friend of the main character Penny Cooper (Carson Meyer). Santos is an American actress, known for her roles as Lexi Rivera in the series The Fosters, and as Lucy Velez in the MTV comedy series Happyland. She also starred in the films Ouija (2014), The DUFF (2015), and Priceless (2016).

Buy on Amazon.com
Buy on SmartBuyGlasses
Find on eBay