Alexander McQueen 4099 - Russell Brand - Get Him To The Greek 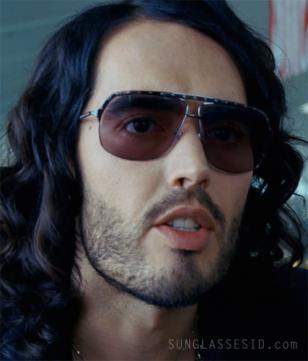 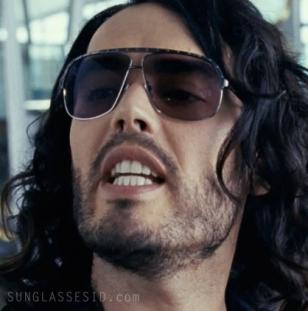 Russell Brand reprises his role as Aldous Snow from Forgetting Sarah Marshall in the 2010 movie Get Him To The Greek. He wears at least two pairs of sunglasses, one of which is a pair of Alexander McQueen 4099 sunglasses. The sunglasses are dark ruthenium with silver frame and gray gradient lenses (color code KJ1/VK).

Thanks to Michael for the ID!